The Kelm Family farm will be sold on LIVE MULTI-PARCEL AUCTION on April 2nd at 1PM at N1596 State Road 22.

Very seldom do you get an opportunity to buy a piece of ground with so much family history. Here is your chance to buy a great farm, and a piece of history that’s been a successful farming operation for decades! Below is the lineage of the farm.

Back in the day the address for this family farm was Rural route 2 Montello WI.
The Kelm Family’s Great Grandpa and Great Grandma bought it way back in 1921 known to the local people as “starvation farm”. No could seem make a living on that farm. But they didn’t know the Kelm attitude and drive. Great Grandpa and his family moved in and began to make a successful living on this place farming it with the horses and backbreaking labor. As the family grew, and the children all began to leave to begin their own lives, but the youngest remained to help work the family farm. When the state began to widen the highway running past the farm in the 50’s, Uncle Richard decided to work with the road crews after he finished with chores. He made enough money at this to purchase his first tractor and plow. Great Grandpa wasn’t thrilled, “The horses did a fine job” but soon things were beginning to make sense with this “new” technology. Electric was added; Then Uncle Richard met the love of his life, Aunt Viola. They married in 1957 and Great Grandpa said “his new daughter in law was not going to have to use an outhouse” so the indoor plumbing was installed. And the kitchen was remodeled.
They milked between 14 & 17 cows, sending their milk to the factory in cans up until Uncle Richard retired from milking in the mid 80’s.
Ever year in November, the family would gather out at the farm for the annual deer hunt. Some years were thin, but most years were very fruitful!
Uncle Richard passed away in 2006, and the farm remained in the family being taken over by Robert & Patricia Kelm, the house was once again remodeled and insulated and a new kitchen, designed by Mrs. Kelm was included in this remodel. To make room for the new garage Robert built closer to the house, the old milk house was moved (By family and friends) to a nephew’s place and turned into a chicken coop. An addition was added in 2019 for Patricia, a 3 season sun room. Robert was quite handy with construction, Robert was also a visionary, he converted the granary and an old hog shed into bunkhouses for visiting family and hunters where many memories were made and are still there to make more.

The Farm: This farm has 160 acres, some tillable some recreational land, a 4-bedroom 2 bath home, a barn, machine shed, the “sugar shack” used for boiling maple syrup, a detached newer two car garage, and several other outbuildings. The property has a mix of tillable land, the homestead, and rec land. The recreational land is some of the best whitetail around. There are very few years if any that the meat pole was empty at the Kelm Farm. 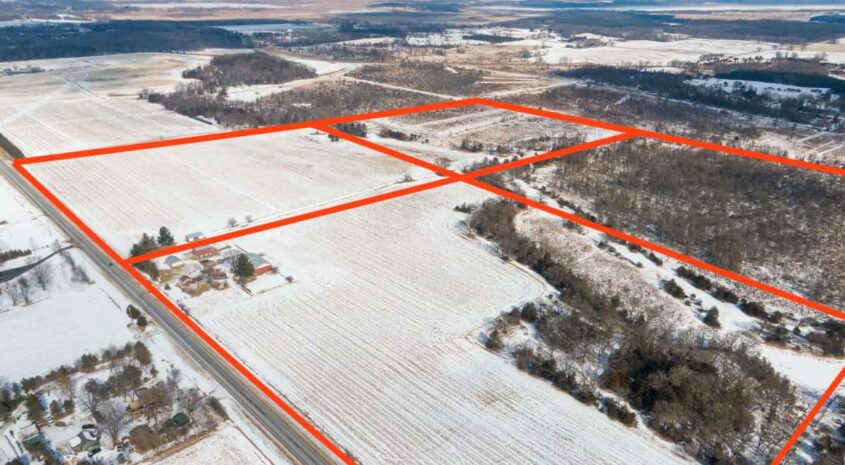